A couple of weeks ago I found this Bernina Serger on Craigslist. Brand new, never used, for an unbeatable price. It was worth the four hour round trip and the hour spent in a little room at border control, but that's another story.

Before I set out to buy this beauty I did a lot of research on this particular model. After reading through many reviews of  disappointed owners I was really questioning my decision. I am so glad I bought it anyway, because it is an amazing machine! 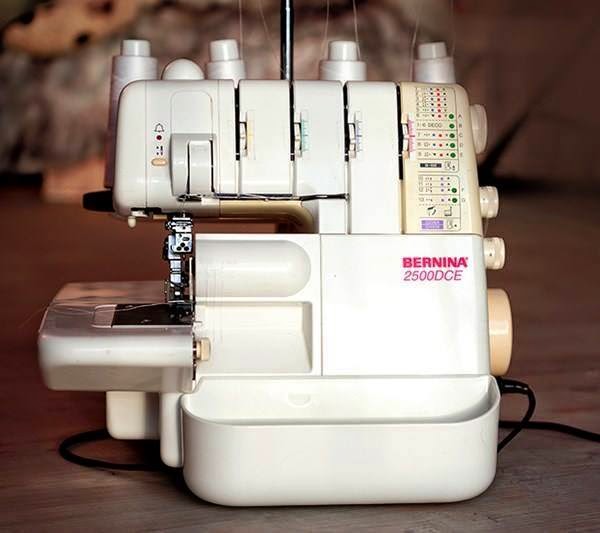 The new serger will replace my old one. Also bought via Craigslist. The Singer serger is a very good and reliable machine. I never had any troubles. The only reason why I replaced it was because this amazing opportunity came along. 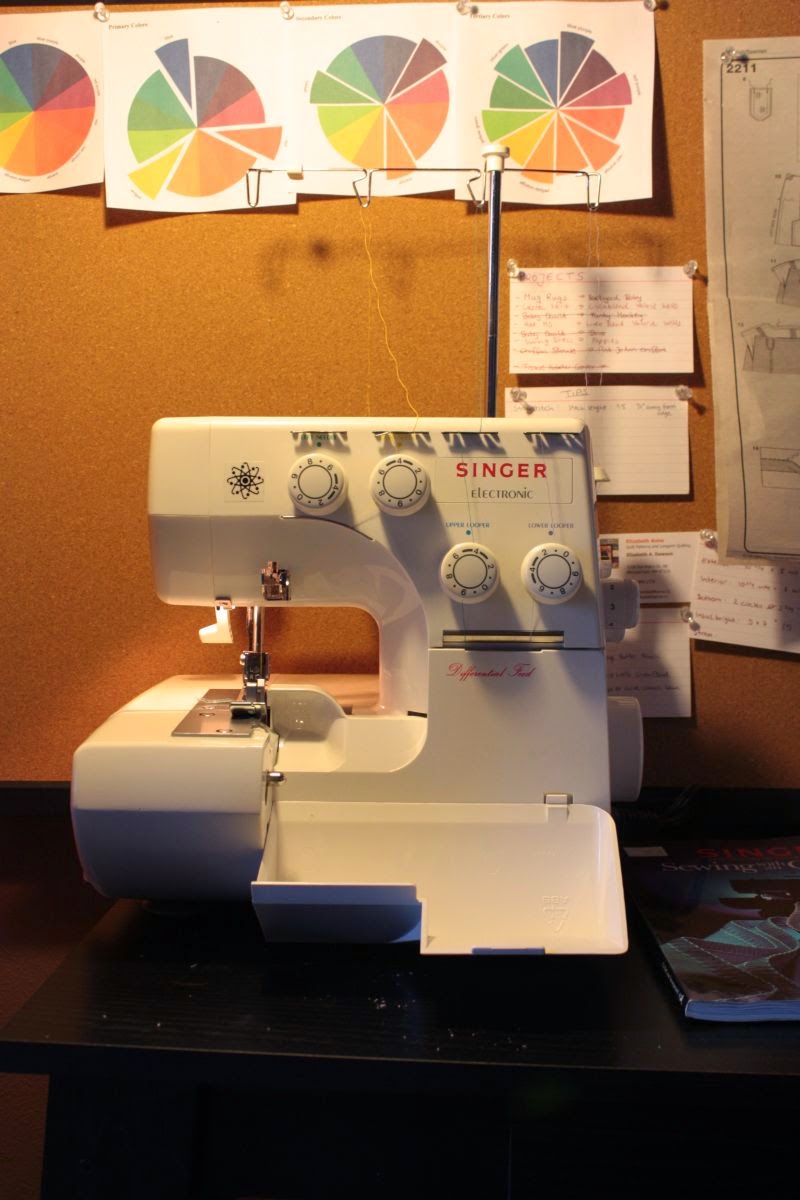 Bernina doesn't produce this model anymore. I don't even know if it was build by Bernina or by another company for Bernina. I think I read something along those lines when I did my research, but don't remember anymore. Anyway...

It has all kinds of overlock stitches including coverstitch and chainstitch. The main complaints I read were about the cover and chain stitch. I have no complaints whatsoever!

I would not regard this machine as beginner friendly, though. It is an amazing workhorse, but a bit sensitive too. When I first tried it out I spent a considerate amount of time trying to figure out how to correctly thread the damn thing. It went crazy with me a couple of times, and I was very close of regretting buying it. But it was also after 10 pm and I had just spent four hours on the road etc. When I finally got it threaded correctly it produced impeccable stitches.

Now that I am more familiar with the machine I don't see the threading as a problem at all. I just finished my first dress with it, including a 5mm, 3 thread coverstitch! (will be in another post, my camera gave up on my today) I am using universal needles 80/12, because I had them handy, and it is working just fine.

Converting from overlock to coverstitch isn't complicated at all. Since I have never done any coverstitching I tried on a couple of test stripes of my jersey fabric. The only thing that drives me absolutely nuts is the wooly nylon thread. Not because of this machine, but because it stinks to handle the thread. It makes wonderful soft stitches, but man do I hate to have it stuck to my hands all the time.

I have yet to try out the chainstitch, but I am not too worried about it since everything so far is working perfectly.

I made this dress last year for my little niece. It is the Adria Dress by Amelie Clothing.
This dress is a very quick make and looks super cute. The main fabric is leftover Italian cotton from my Hawthorne Dress, the lining is white cotton lawn. 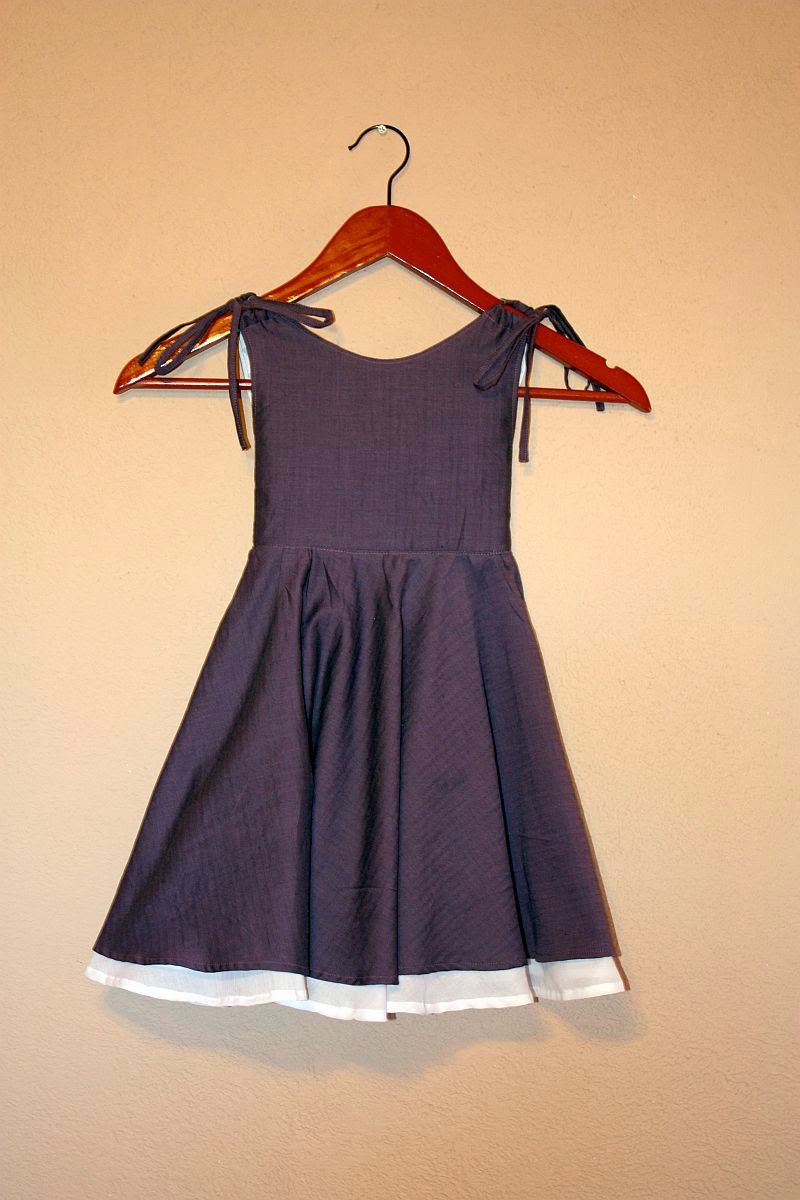 The lining is actually even. It just looks crooked because of the way the dress is on the hanger. 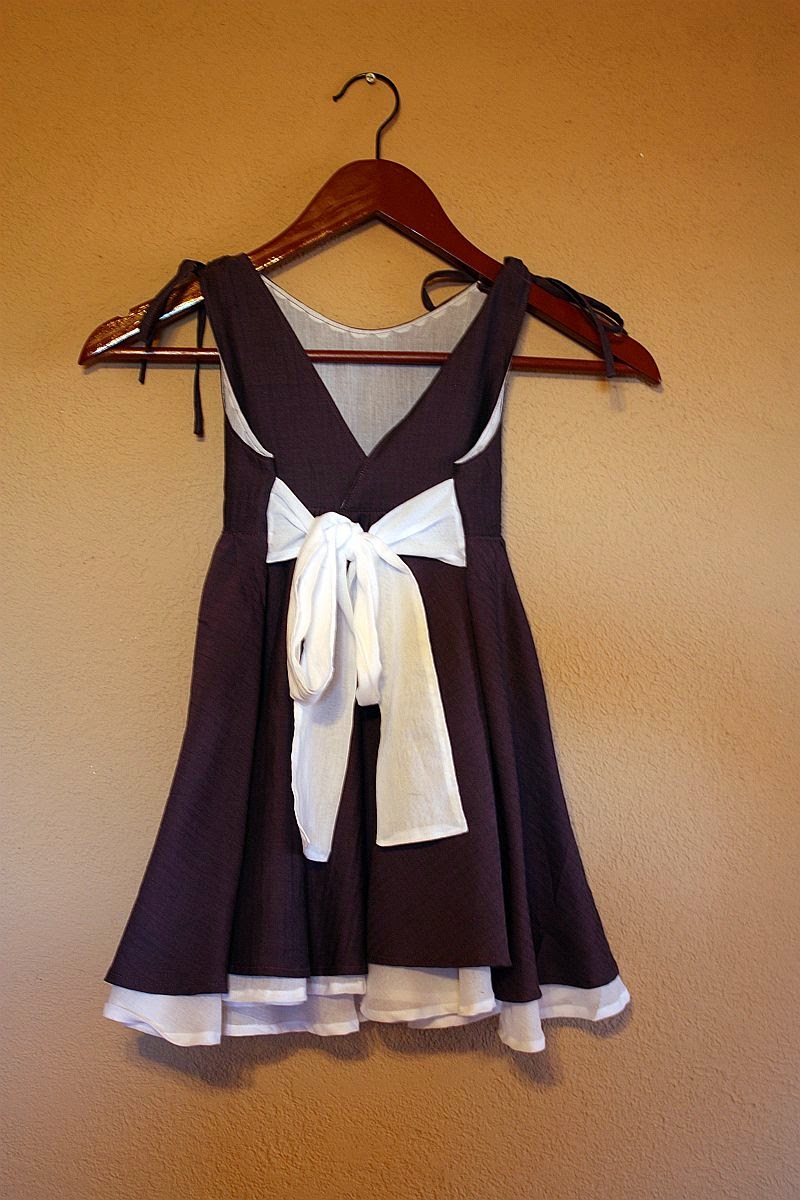 Pattern Description:
Full Circle Dress for children
Pattern Sizing:
Sizes 2T, 3T, 4T, 5T, 6, 7, 8, 9 and 10
Did it look like the photo/drawing on the pattern envelope once you were done sewing with it?
Yes
Were the instructions easy to follow?
Very easy and detailed instructions with many pictures
What did you particularly like or dislike about the pattern?
I like everything about this pattern.
Fabric Used:
Main Fabric: Italian Cotton
Lining: Cotton Lawn
Pattern alterations or any design changes you made:
None
Would you sew it again? Would you recommend it to others?
Yes, and I highly recommend it.
Conclusion:
Very cute dress. The bow and lining details give many options to play around with different colors.
Keine Kommentare:

The City Gym Shorts is a free pattern by Purl Soho. So far I have made four and there will be more for sure, because I absolutely love these shorts!!!

These shorts are perfect to lounge around the house in the summer. They use up very little fabric and are a perfect way to get use out of those leftovers from other projects.

The upper one is some linen blend in the front and I forgot what kind of fabric I used for the back, sorry. The lower one is Robert Kaufman Chambray in the back and Anna Maria Horner Rayon in the front. 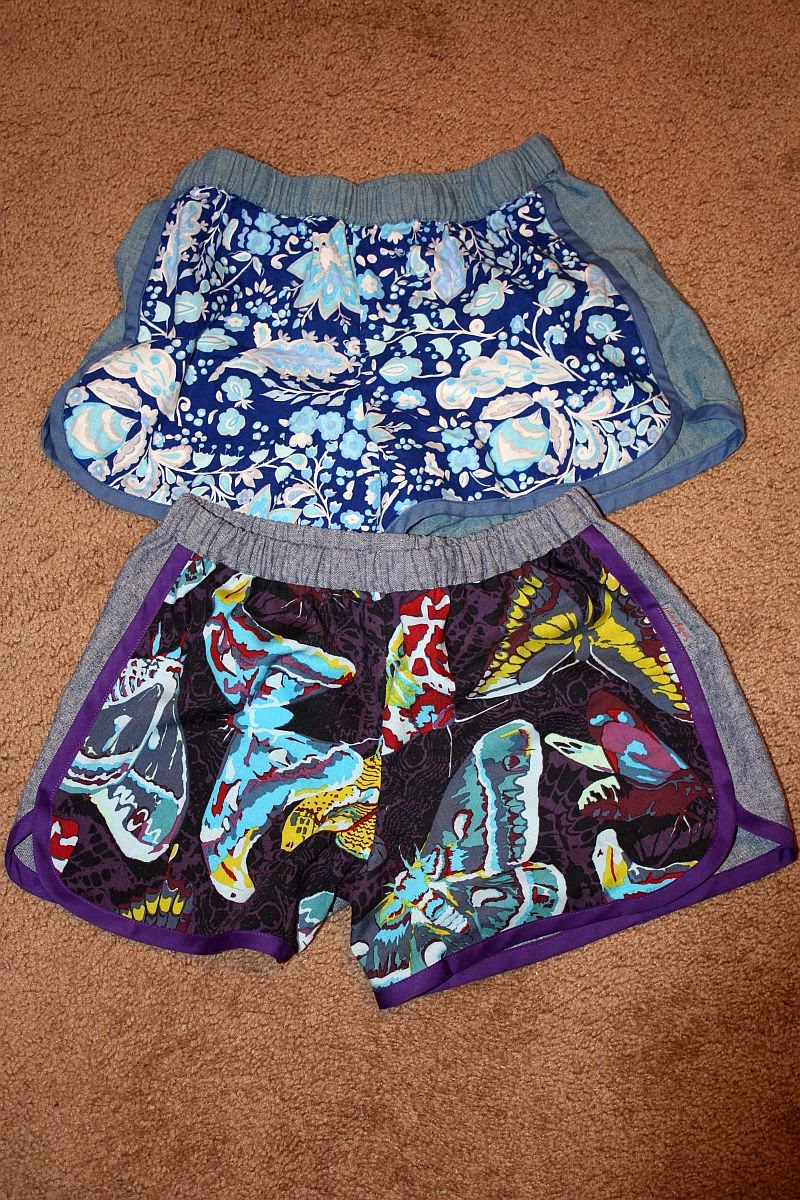 Both of these have Robert Kaufman Chambray in the back. Upper one is Anna Maria Horner Voile in the front, lower one is lightweight Italian cotton. I used bought bias binding on all four, because sometimes I am lazy. 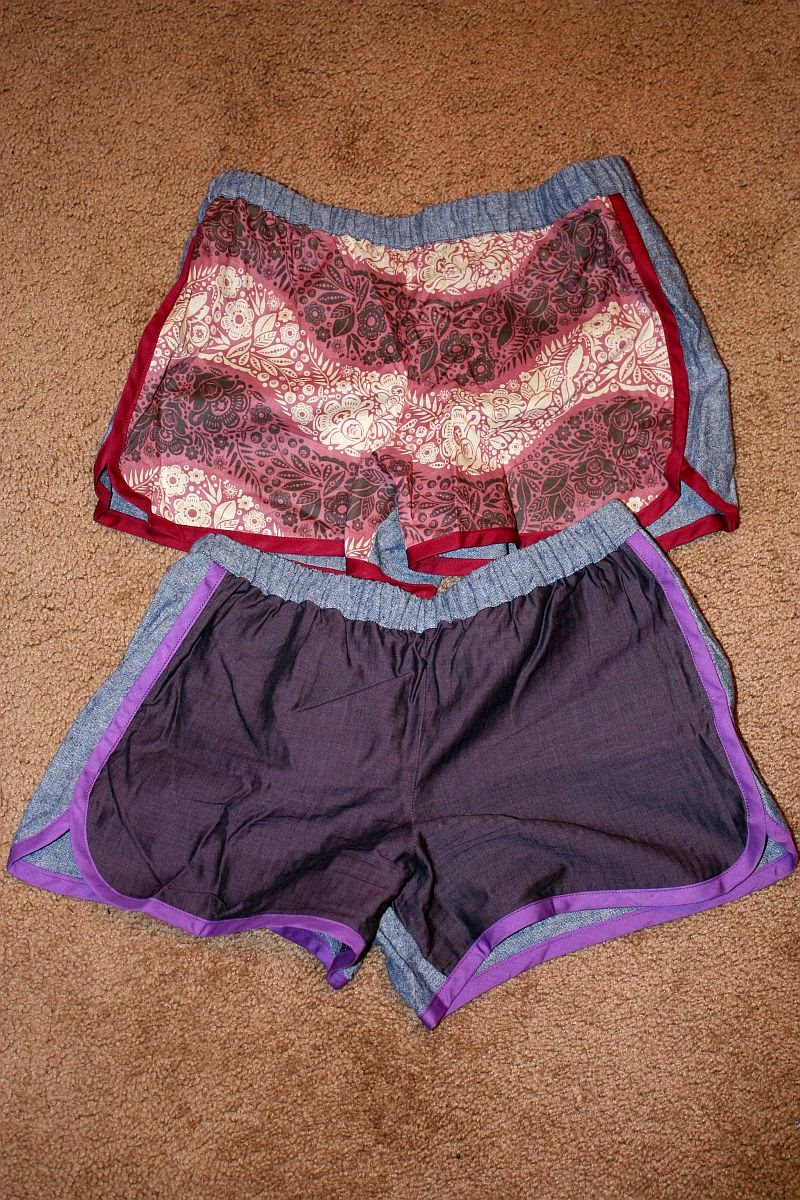 All four of them together :) 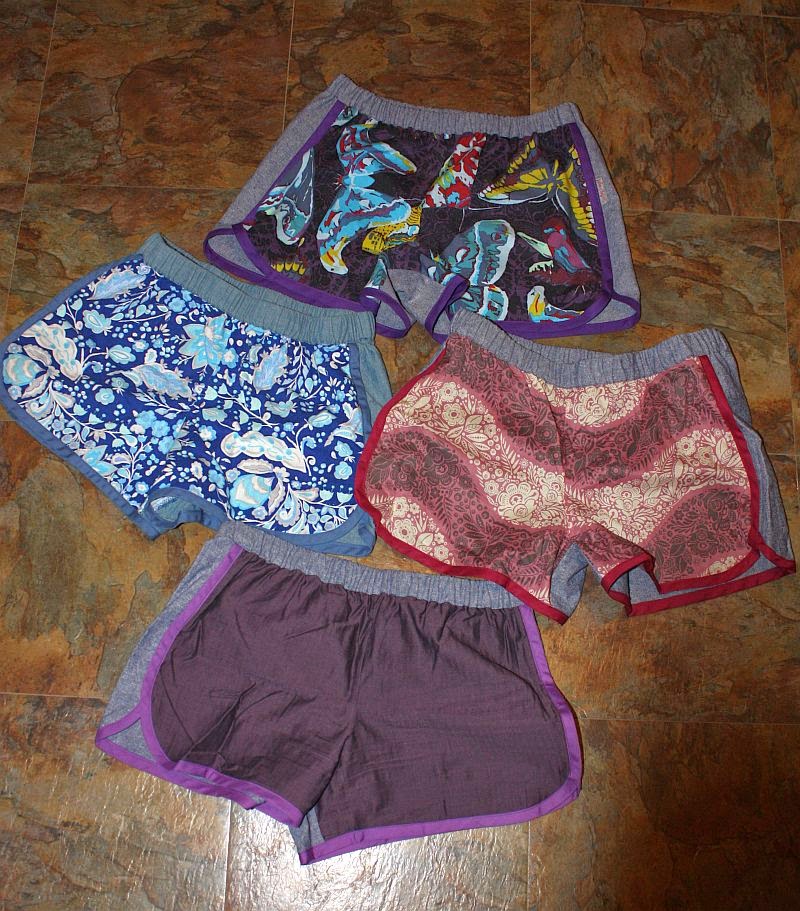 I am back from my vacation and in full sewing swing. But before I start posting new projects lets catch up with part II of handmade Xmas presents.

For my nephew/ godchild:
Explorer Hat from "Little Things to Sew" by Liesl Gibson. 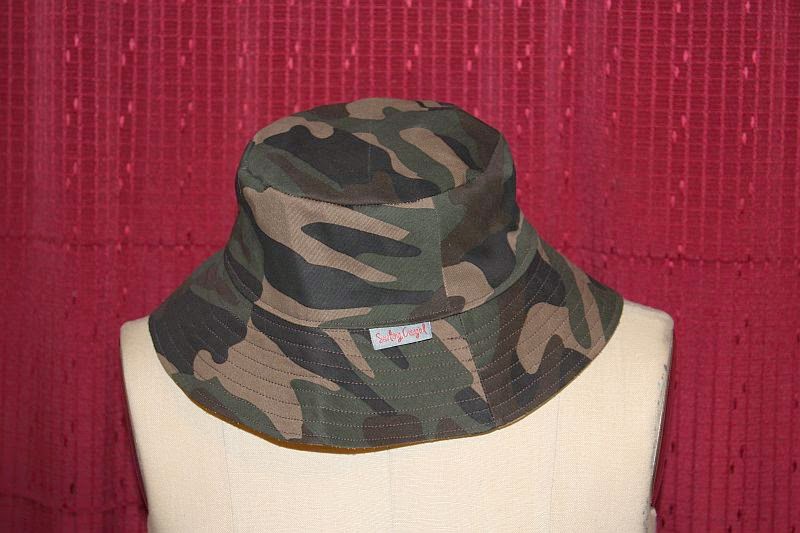 And the matching Explorer Vest. I used snap buttons instead of real buttons, because I figured snaps would be easier to use for a child. 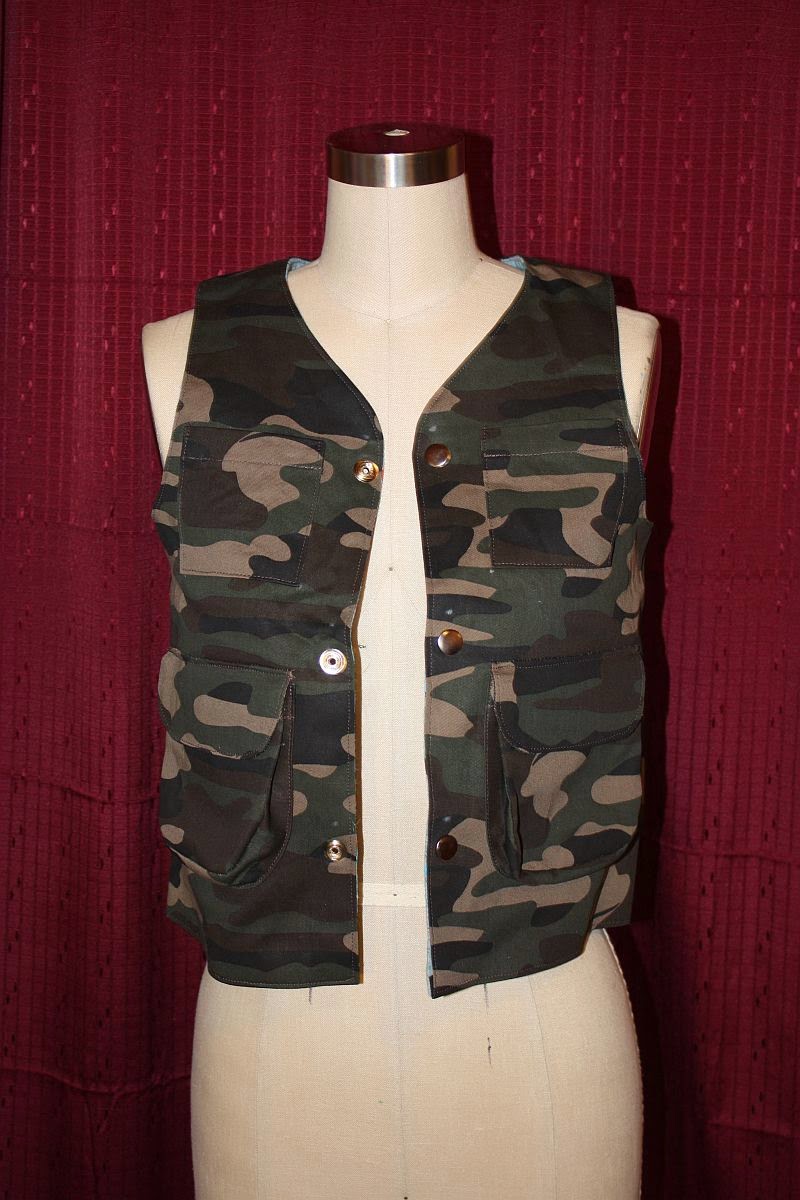 Ooops, I guess I forget to clean off the markings for the back pocket. I decided against it, because I thought it might not be easy to access it. 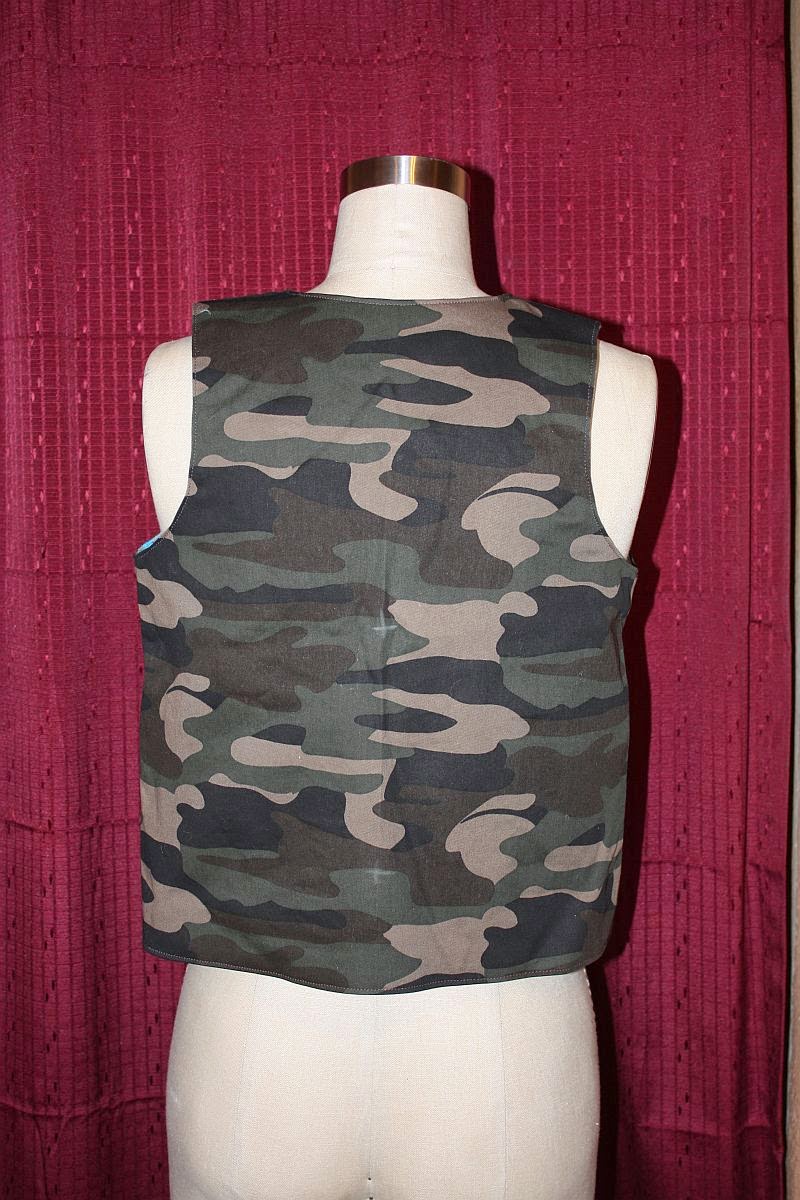 The lining is flannel with a science themed print. Quite fitting for little explorer, don't you think? 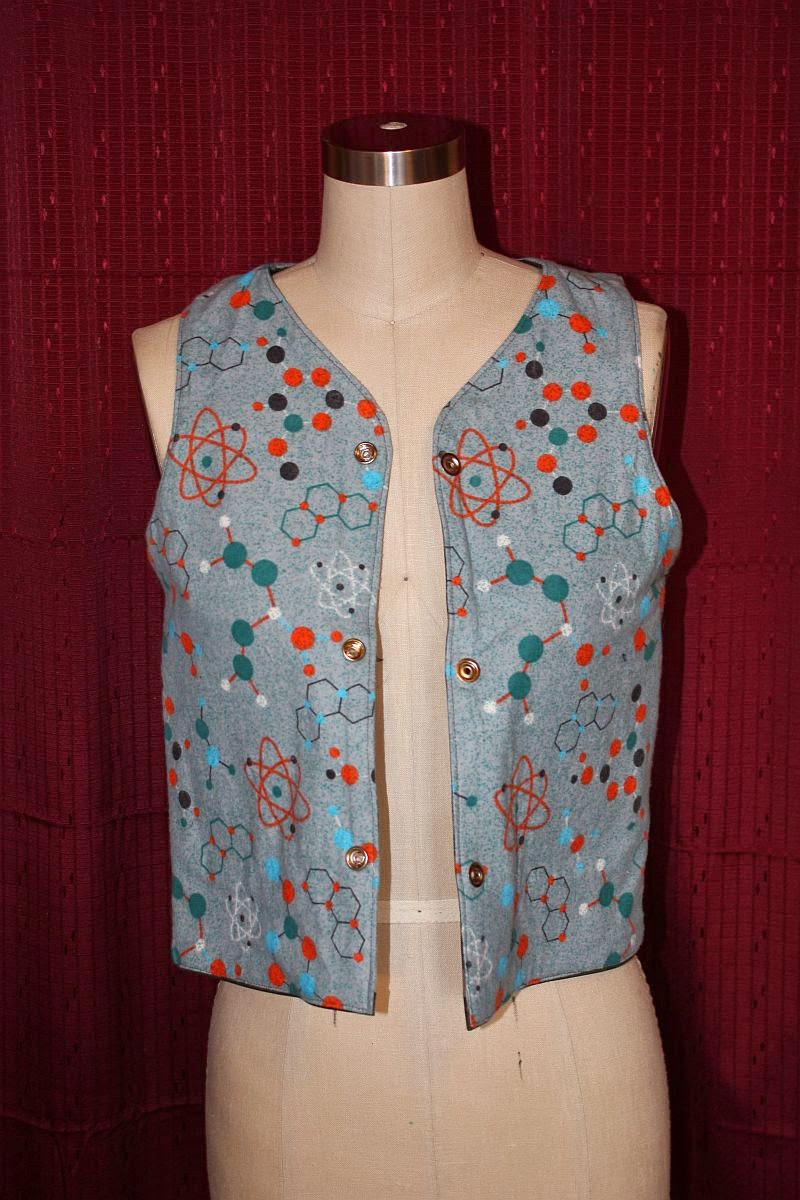 For my brother-in-law:
The only non handmade gift. I found this awesome leather satchel in an antique store in Albuquerque. 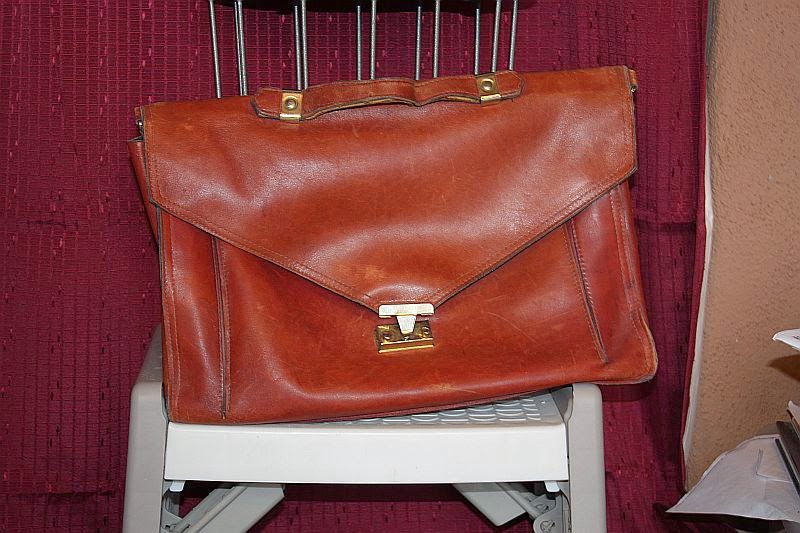 The inside is lined with some kind of velvet. 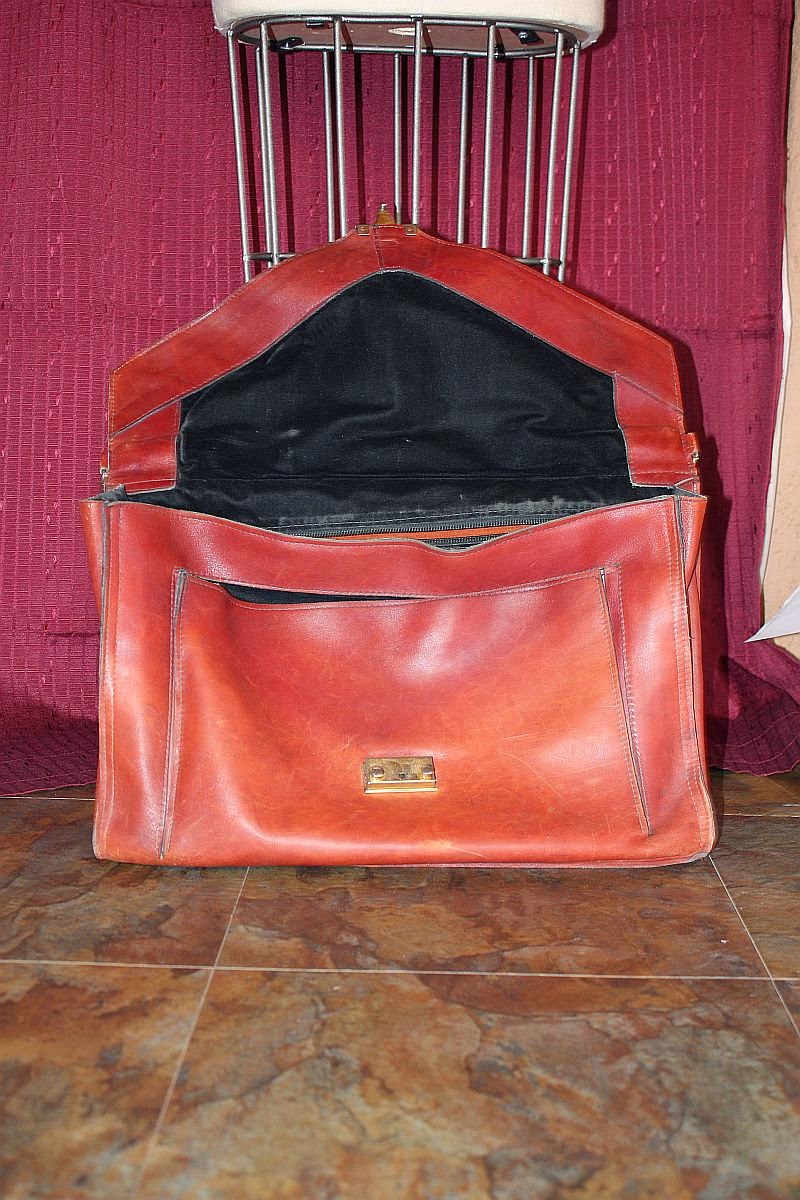 For my older sister:
A Sew Together Bag in Moonshine by Tula Pink 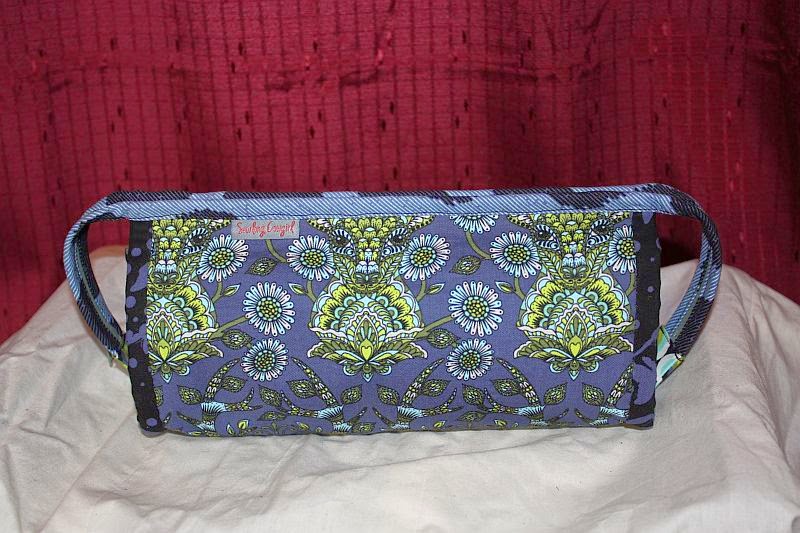 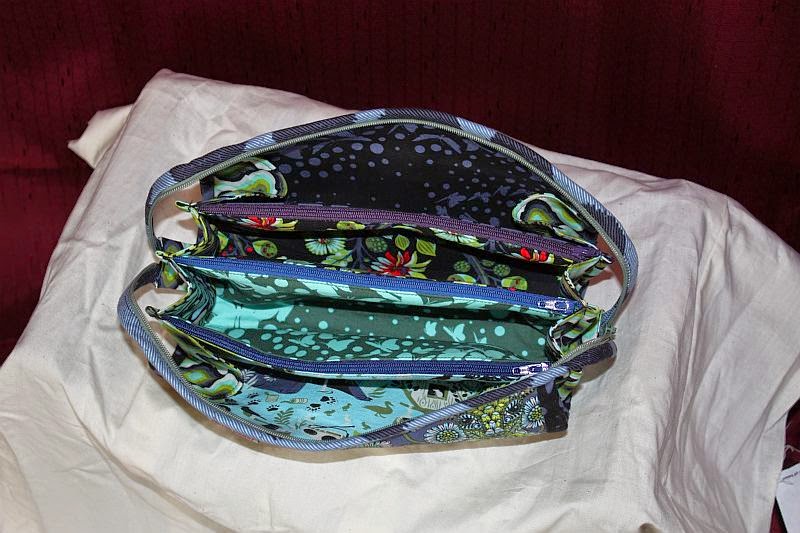 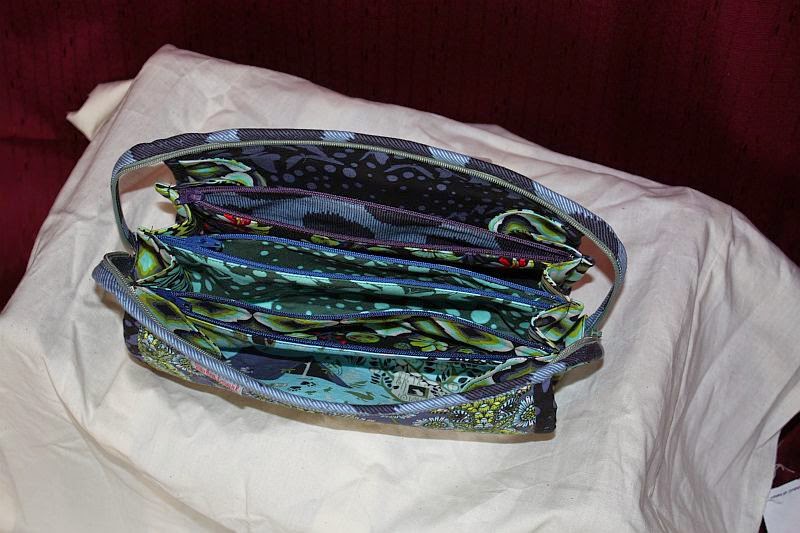 For my younger sister:
A Sew Together Bag in Acacia by Tula Pink 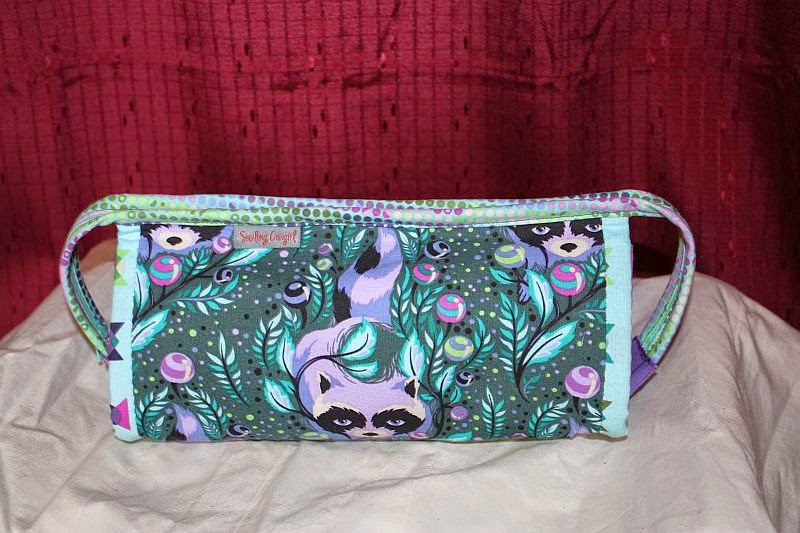 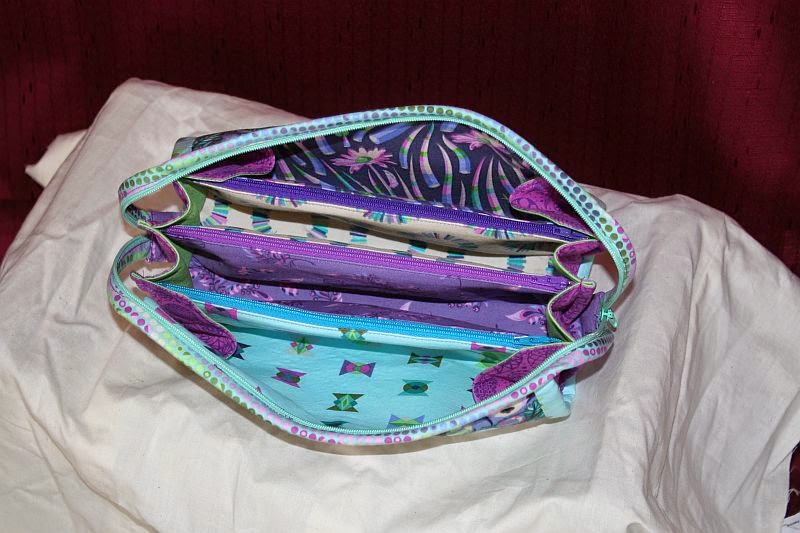 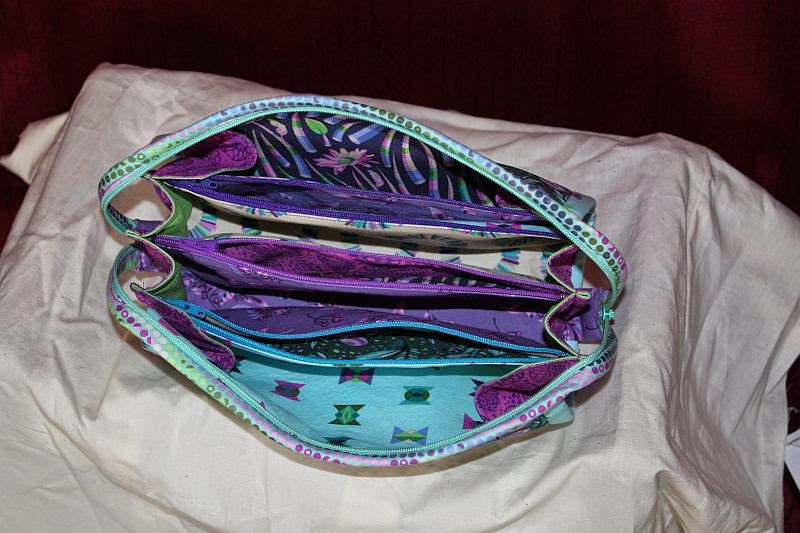 The first two of many self made Xmas presents this year.

Did I mention that I love the 241 Tote by Noodlehead? It has just the right size to fit everyday stuff in it including an iPad. The design offers so many options to play with different fabric constellations, and it is very easy and quick to sew. 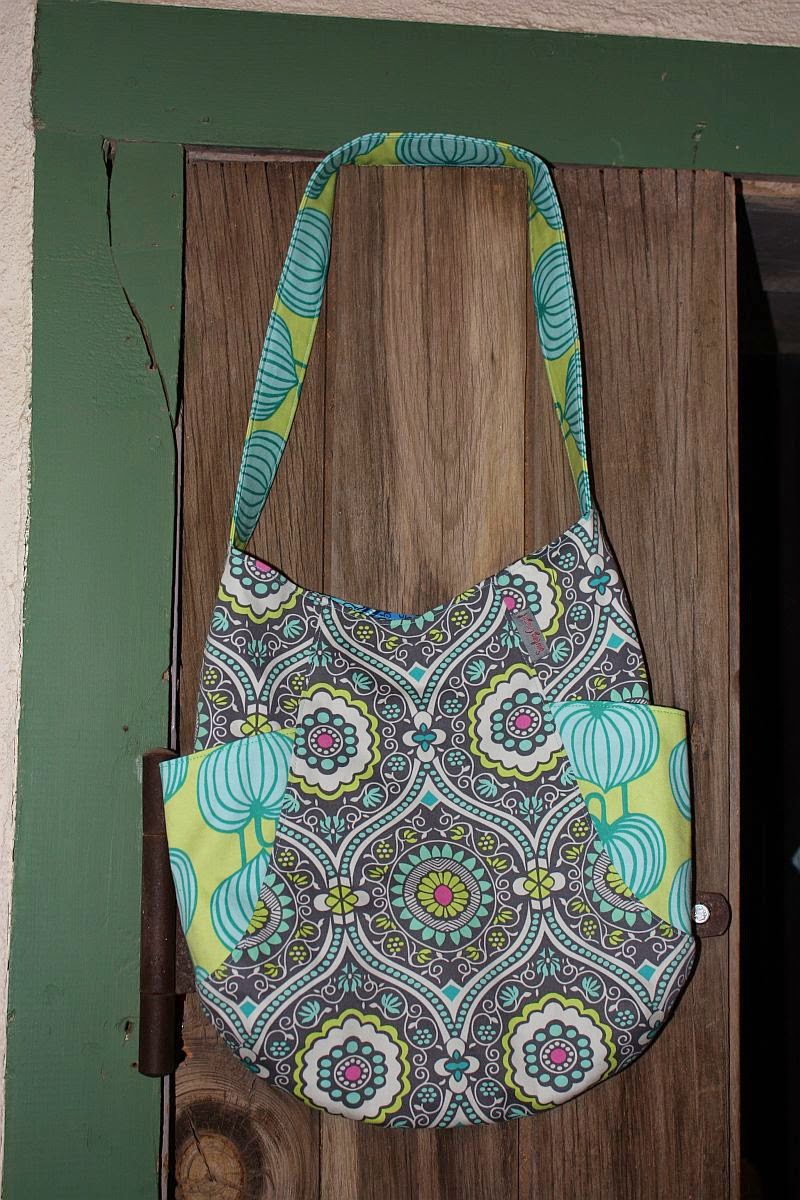 I love Charley Harper designs!!! It was a challenge to part with these bags, but they found good homes. 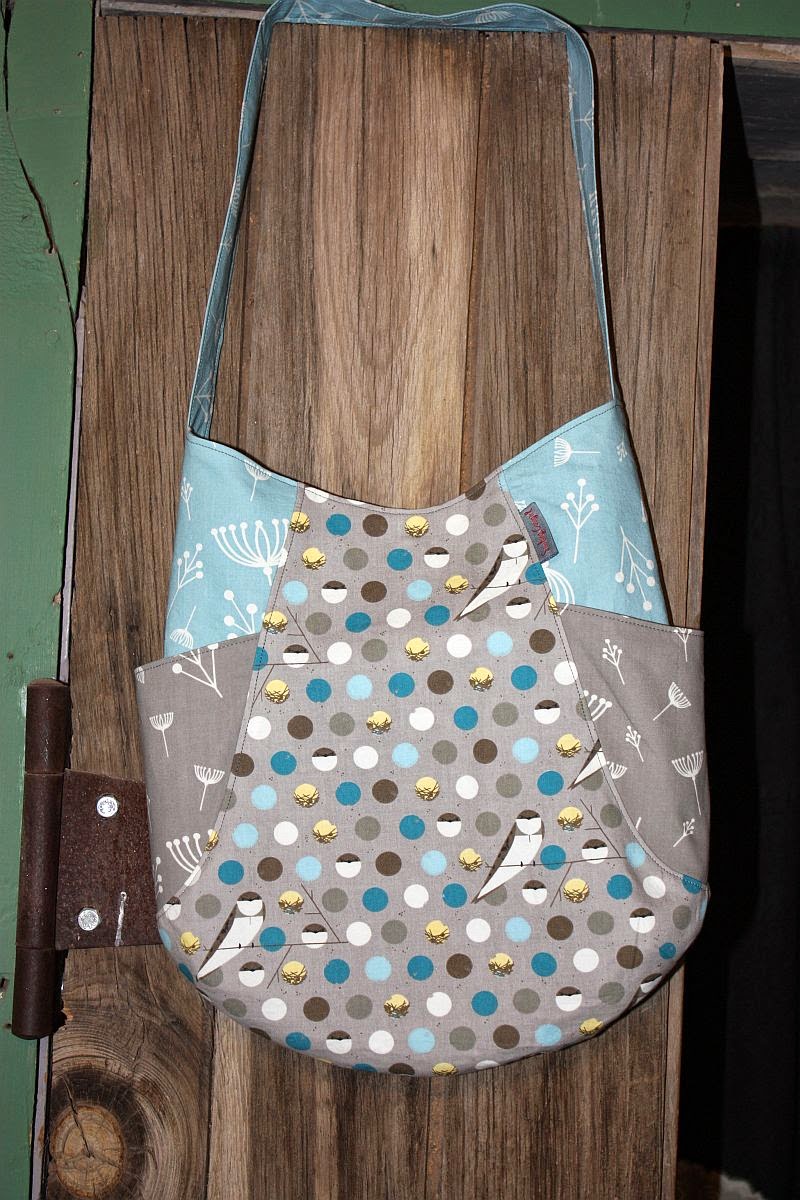 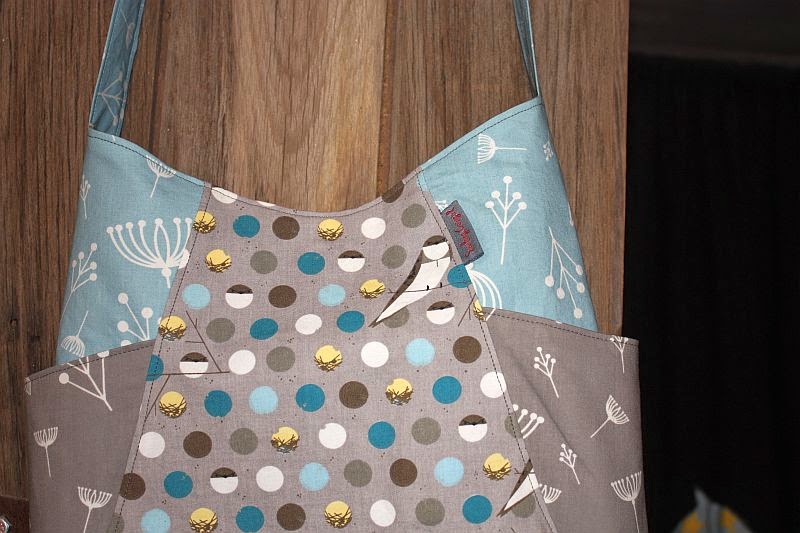 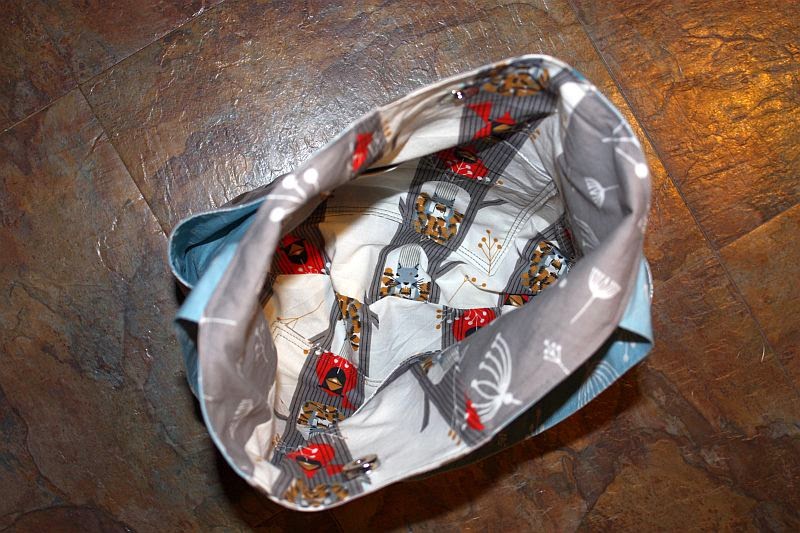 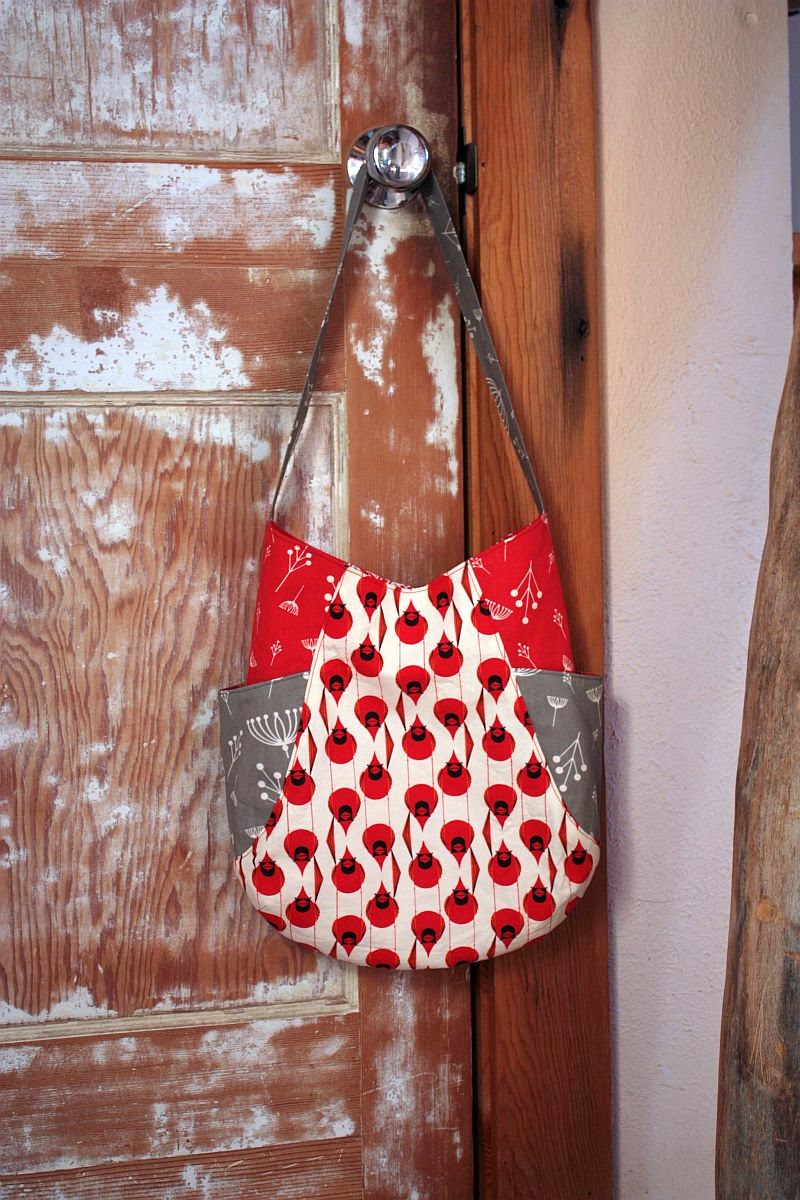 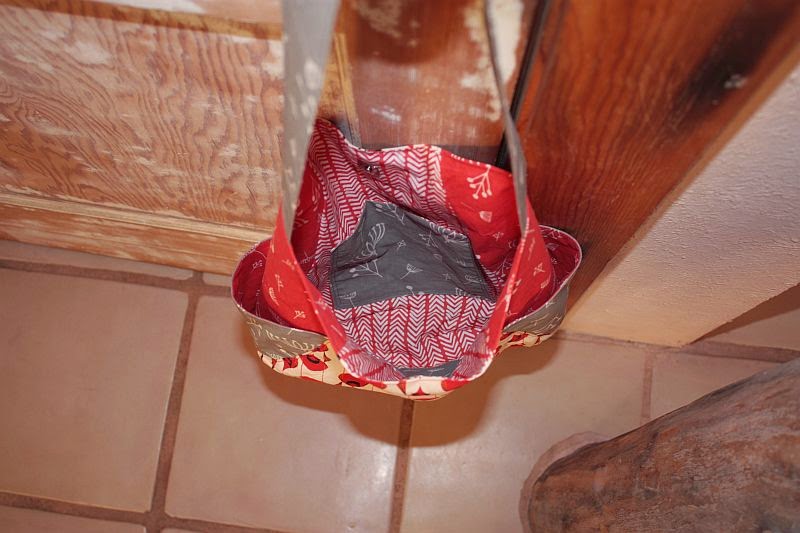